This is a post written in two parts: before Coronavirus and after Coronavirus. Settle in with a drink, if you’ve got any left.

Perfect is the enemy of great.

Have you ever had one of those moments where you can’t think of the exact right word, or even the words to describe it, and you skirt hopelessly around it like a tipsy Christmas day game of Taboo… and the person next to you gets it straight away? That’s how I felt about this quote. I didn’t know how to articulate myself, but apparently the internet has a babelfish to my brain. As soon as I found this phrase, I realised just how much I have been trying to be perfect instead of great.

I have grasped at the edges of this philosophy so many times over the last two years, and for want of a way to articulate it I’ve given up and ploughed merrily on, somewhere between fear of failure and fear of doing nothing. Now I think, perhaps they’re the same thing? Perhaps, to mitigate the risk of failure, I’ve been trying to give myself more chances at success in something, anything. There must be something that I’m successful at, and success means perfection. And if I’m not going to be perfect at it, why bother trying it at all.

Because the difference between success and perfection isn’t always that easy to recognise, is it? If you were to ask me what I’ve done since June 2018, I’d probably say not much. I’d be thinking, “well I DNS’d that race, and we missed out on our big honeymoon, and I’ve not been keeping up with the blog, and my uni grades have been so-so…” I’d be thinking of all the targets my scattergun approach to achievement failed to hit, not remembering that I’ve been firing with ten fingers on ten different triggers. Achievement is much easier to remember if it has context. Failure is memorable regardless.

Here’s the thing – I’ve actually ticked off quite a few things from the bucket list since we last caught up.
I am now OFFICIALLY an Associate Member of the 100 Marathon Club, having completed 50 marathons and ultras. *smug dance*
I’ve done my 100th parkrun and my 25th volunteer stint 🙂
I’ve started my dream job as a production manager in a producing house. It’s literally the answer I’ve given every time an interviewer asked “where do you see yourself in x years”. NOW I HAVE TO THINK OF A NEW ONE.
I’ve passed my first half year of uni with a respectable result. Not bad considering I barely got GCSEs in the subjects I’m studying.
I got married, rescued one and three quarter cats, renovated the hallway, embraced my Turkish eyebrows, got my QPR season ticket back, started therapy, and finally won a ballot place for the London Marathon. 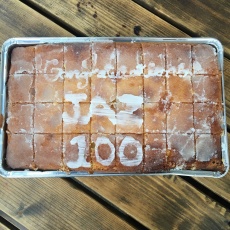 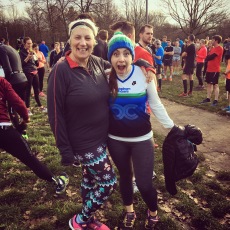 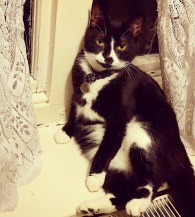 The problem is, I don’t immediately remember these moments. (That last paragraph took as long to write as the whole rest of the post). I remember the races I didn’t start or finish; I think about how much sooner I’d have hit my fiftieth if I’d done them all. Or how much my average time has come down, or how long it’s been since I went sub 4, or ran 50 miles, or how Western States doesn’t seem to be any closer. Focusing on perfect has made it impossible to recognise smaller successes, let alone enjoy or remember them. And in being so afraid of documenting failure, I have to admit I gave up on writing full stop… forgetting that the reason I started this blog in the first place was to share and to reflect.

And to challenge myself.

Including…
London Marathon – and finishing with a GFA time. YES I SAID IT.
Sub-23 parkrun again
Race to the Tower in a day
Autumn 100. Adam M, I’m getting my name on that list if it kills me.
Ealing Half Marathon, sub 1:40

To anyone who guessed that it would literally take a global pandemic for me to get off my arse and finish this bloody post: congratulations! You win a bonus bog roll. (Disclaimer: may be made of the unread pages of the London Marathon commiserations magazines…)

How many times have I sat down to finish this and not even opened WordPress? Behold an increasingly inventive list of diversionary tactics. Weekday evenings are so tiring. Maybe I should try another blog platform. I shouldn’t spend my weekends blogging. That old classic about not having time. Look, a moth.

Talk about taking your own advice…

I started my job last April with good enough intentions: take your lunch breaks, don’t get caught up in other people’s projects (subtitled: don’t be a busybody), don’t volunteer for all the exciting jobs, leave time for running and uni and life. Because that’s who you are.
But-
London training plan!
so many fun shows
learn calculus in three weeks kthnxbye
ooh new books to read
we need you we need you we need you
did you learn calculus yet
new book stack getting highhhhh
SHINY BAUBLES
So there I am, knee deep in work again, frustrated with myself for slipping into that well-worn groove: NOTenoughtimeNOTenoughtimeNOTenoughTIMEnotenoughTIMEnotenoughTIME

When suddenly, wrapped in a big velvety bow: time.
My job is to make things that bring hundreds of people into a room together. As I write, that doesn’t look likely to happen for months. I can’t pretend I’ve got my head around that yet.

Having been too busy to finish anything seems like a churlish thing to complain about with the context of the last two weeks, in this new reality. My dream job – which has been more like one of those exhilarating, exhausting, directed-by-Michael-Bay type vivid dreams – now consists of me replying to emails from home, with no shows to production manage and next to no human interaction. Two weeks ago a 50 hour week was me taking it easy. Soon I’ll barely be able to fill 5 and 4 of those will be on Zoom.

Which led to me rediscovering, not just the liberation of routine, but something of my old self. A problem solver, which is sort of key to my job. A person who could look at a tangle of wool and immediately see the end of it buried deep. Impervious to decision fatigue, able to tune out the noise. Someone who could dig into imperfection and find greatness. I miss being that person.

Rereading the last full-length post I published, I reflected on the theme of identity; or in that particular situation, a lack of one. There’s also an argument that too many identities is as bad as none. So now when I ask myself “what have I done since I last posted?”, I feel compelled to rephrase it: who have I been for the last eighteen months? Who do I want to be?

What I want to be is a normal someone who does great things. And I think, perhaps, the key to becoming that is simply deciding to.

Cover image from Romy and Michele’s High School Reunion. A film that embodies this philosophy and is also awesome in every conceivable way.

2 thoughts on “Perfect is the enemy of great”