It’s not a race or a competition, I know that. Even if it was I’m usually about five minutes behind the first finisher, so whatever competition there is I’m not involved in it. Still though, every time I line up at the start of a parkrun I get those familiar jitters, a brief wave of nausea, a cacophony of voices in my head demanding to know what the hell I think I’m doing. I don’t even get that nervous before ultras because I know I can stomp through and still finish, but 5K’s are bloody hard work all the way through. And then, almost as if it never happened, the nausea and the doubt passes and I’m off.

Today, I was jumping from foot to foot at the finish funnel an hour before the run was even due to start, and those jitters were twice as bad as they’ve ever been. Today though, I wasn’t actually going to run – it was my first time as a parkrun volunteer, the first official Tooting Common parkrun and first ever parkrun in the borough of Wandsworth. This day had been a long time coming for one reason and another, but thanks to the tireless campaigning of race director Andy Bullock, the indefatigable troop of volunteers, and valuable support from parkrun founder Paul Sinton-Hewitt and Tooting MP Sadiq Khan among others, Tooting Common parkrun was finally here.

There was also strong representation from the Clapham Chasers today among both the volunteers and the runners, and our very own Gemma Brierley and Clare Janew had been helping with the planning of the parkrun for well over a year. As the starting area gradually filled up and all the club shirts came out I flitted between excitement, nervousness, and bitter jealousy that I couldn’t run it myself. Still though, as a perennially selfish runner it’s about time I stepped up to do my bit – without volunteers, parkrun just doesn’t happen.

Being the first event RD Andy had rostered extra people to help make sure everything went smoothly, so my first job was to help the volunteer coordinator, make sure all the marshals were signed in and given their instruction cards and hi-vis vests, and help manage the traffic on the narrow paths. One of the many conditions of allowing the parkrun to go ahead on a trial basis was that the run cannot block pathways or stop local residents using the common, which is easier said than done. I confess I got a bit distracted having hugs and taking selfies with clubmates and was probably as good as no use at all to volunteer coordinator Clare Turnbull. It’s the thought that counts though, right? 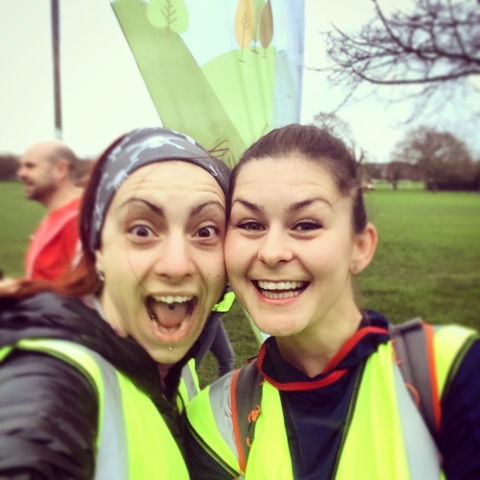 Andy gave the pre-run (not race, run) introduction with a few minutes to go, followed by a few words from MP and avid runner Sadiq Khan. As the Labour candidate for the next London Mayor Sadiq had a race of his own to prepare for and couldn’t do the run itself, but nonetheless came to the lap crossover point outside the cafe to cheer people on and even hand out a few high fives. The course is pretty flat, starting on the footpath nearest to Dr Johnson Avenue and Hillbury Road junction, then taking in three loops around Bedford Hill, Garrad’s Road and Tooting Bec Road before turning back along the footpath towards the finish funnel. Typically for parkrun, all walks of life lined up at the start/finish point together – sprinters, walkers, buggies and doggies, first timers, club runners, even a Tooting and Mitcham FC fan. Here we go. 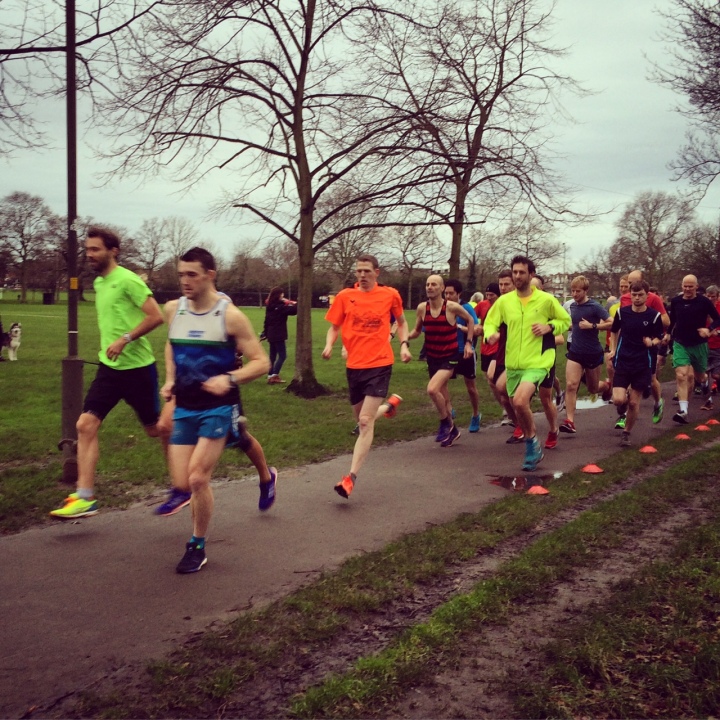 With the parkrunners safely on their way, Clare and I had a few minutes to cheer people through at the cafe before we had to get back to the finish funnel for our most important job of the day; handing out finish tokens. They were bolted together in groups of 50 and Andy had warned us about how fiddly they were to handle, not made any easier by the fact that my hands were shaking with the cold, so I had to try not to think about an explosion of tokens landing all over the finish line and concentrate on having blocks of them ready to hand to Clare while she passed them to the finishers. I know it sounds like I’m making a fuss, but it really is harder than it sounds. In fact the first thing I did was drop the boxes of tokens in a muddy puddle while cheering people on. Smooth.

There was no official sweepstake on how many people we’d get, but each time I unbolted another block of 50 and we got closer to the 200 mark we wondered if we’d break it. It was actually a really fun job to do, watching the effort and determination on everyone’s faces and screaming every time we saw a sprint finish. I forgot to be jealous of the fact I wasn’t running. As we got towards the end of the pack the determination became more visible, the expressions grittier, the satisfaction of finishing ever stronger. If you want to see achievement face you will always find it at the end of a race.

Finally our last few runners came through and we got our final finishing number – exactly 200. Couldn’t have planned it if we’d tried. Tucked up in a corner table in the warm cafe, we sorted the tokens in number order ready for next time and found four missing; I don’t know if that’s bad or good but with so many first timers it was to be expected. Considering that it hadn’t been publicised 200 was an excellent turnout – I think it goes to show more than ever how much demand there is for a parkrun in Wandsworth borough. Even as the event was happening local runners were coming up to ask about it, saying they had been hoping one would happen and that they would have run it if they’d known – I suspect that the next block of tokens will be opened next week and probably the one after it as well. We shared the common this morning with walkers, lone runners, cyclists, football teams, a British Military Fitness group, not to mention the lido in the centre – south west London is home to a pretty sporty bunch of people on a Saturday morning. With the nearest parkruns all three miles or more from Tooting, I hope it’s proved just how much we need this event to continue.

Saturday lunchtimes are all about QPR, but Saturday mornings, you’ll know where to find me now… 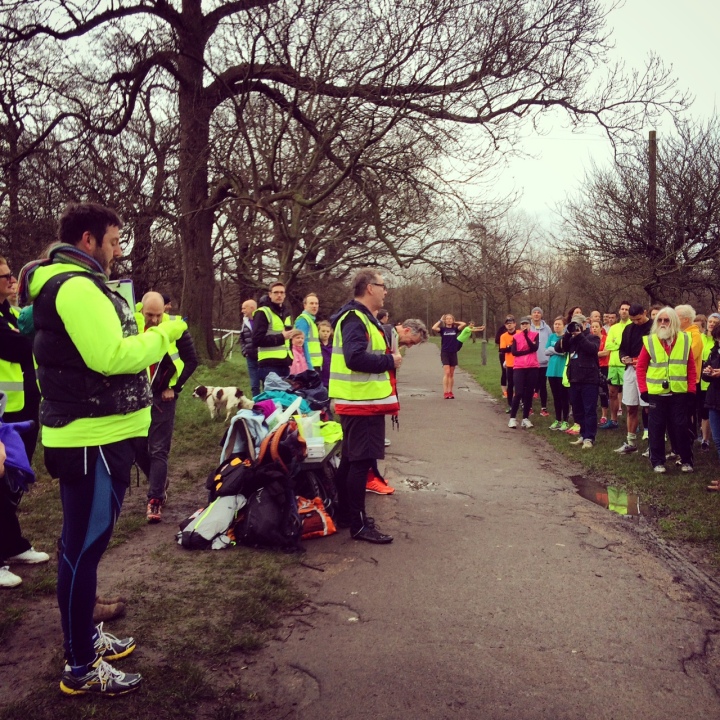