I paused briefly on Barnes Bridge, halfway through a steady run on New Year’s Eve 2015, and looked east along the Thames on a bright, crisp and surprisingly mild day. The river was sparkling like a sapphire, mirroring the sky perfectly and leaving just a few treetops to pick out the horizon between them. I was halfway through my planned run for the day but very much at the end of a year-long streak challenge – a minimum of a mile a day, every day, for the whole of 2015. The iconic Thames Path had to be my final run of the year, no other option. All I had to do was bring it home.

It’s not much of a streak compared with Ron Hill’s, but considering I’m not – nor am ever likely to be – a professional athlete it’s quite enough for me. Actually it was part of a double header challenge I set myself on a whim on New Year’s Eve 2014, desperate to avoid aspirational clichés in my New Year’s resolution and improve myself as a runner: I wanted to run at least a mile a day every calendar day, and run at least a marathon or ultramarathon every calendar month. No reason. Like the best things in life, there was no reason.

The challenge wouldn’t be in the running itself so much as in the balancing running with real life. Running a mile a day when I had 6am starts and 11pm finishes at work, or a football awayday, or a family do, or a cold, is the difference between dedication and failure. To be perfectly honest, upholding a streak became the easiest thing in the world for me because between the habit formed and the determination not to break it there was next to no possibility of failure. Upholding it and still having a partner, a job and friends to come back to; that was the tricky bit.

I’ve done some daft things to keep this streak going to be honest. Oddly enough, for someone who normally gets every seasonal bug going at least twice, I’ve only succumbed to a cold once and still ran through it – it was horrible like I can’t even describe, impossible to breathe and I damn near lost my balance and toppled over like a house of cards, but I managed it. That was at the beginning of December, and it was only then that I realised it was the first proper illness I’d had all year. I’d finally found the tipping point between bolstering my immune system with consistent exercise and hounding it to the point of extinction. All day benders for QPR awaydays and the Eurovision song contest were the closest I came to death and even they couldn’t defeat the streak. Also, it turns out running is to hangovers what St George is to large fire breathing reptiles. You’re welcome.

I’d decided in advance of the North Downs Way 100 that that would count as my having run during each calendar day, as I would cross midnight between the two days and certainly be running more than a mile during both (unless some sort of course record and miracle were on the cards). In the event, I DNF’d the race at around 66 miles. At half past eleven on the Saturday. Still in the same calendar day as when I’d started. Probably the slowest mile of my life was that Sunday morning after dropping the hire car back, shuffling stiffly along Tooting High Street and being overtaken by OAPs, mobility scooters and wildlife.

Then there was the day I very nearly didn’t manage it because of time pressures. Part of my new job is organising filming for trailers and marketing material, and a particularly high profile evening shoot in an art gallery at late notice meant a full day of running back and forth to pull everything together. At five o’clock I was following the designer around the fashion retailers of Long Acre, having missed both breakfast and lunch, and I still had not run. At six o’clock I was in Boots buying toiletries for a Hollywood actor (surreal is not the word), and at a quarter to eight I was sprinting around the gallery trying to find the cabs full of cast who had pulled up at the wrong entrance. As big as the gallery was, it would not count. I covered about eight miles on foot that day, but I still had not done my official mile. Finally, as I drove the van full of kit back to base at twenty to midnight, and then to its parking spot, I decided to do the only thing I could. In jeans, t-shirt and running shoes, I ran back to my office on the Southbank via a few little detours to make up the distance. With literally minutes to go, the streak remained intact. Andy did not find this as funny as I did and you are only the second person I’ve told about it. Actually, running in normal clothes was surprisingly liberating. The next time you think you’d go for a run but are put off by the faff of getting changed, or you can’t because your favourite sports bra is still in the wash, I’m here to tell you that’s a false economy. Just get out there in your jeans and bugger the kit.

Work may have been tough to juggle but injuries – touch wood, touch all the wood – were not a problem for me. I’m not going to claim it was the highest quality 365 days of running I’ve ever done and I’ve pretty much redefined the term “junk miles”; on the other hand, I’ve been careful to go as easy as possible on post-race days and to mix up the distance and pace as much as possible – 7 minute miles and 12 minute miles, 1 mile shuffles and 50 milers are all in there. And I’m a strong believer in the power of recovery runs; I’ve still never come back from a run feeling worse than when I went out, and I definitely bounce back from marathons faster than I ever used to. Well, maybe not bounce back; maybe more like lollop. I tend to use my holiday days on the races themselves and get straight back to work on the Monday, rather than give myself the extra rest, put it that way. As long as I can have a powernap on the train in I’m pretty much set.

So what happens now? I’m going to purposely break the streak, rather than try to continue it – let’s be clear, this is both absolutely the right thing to do lest it take over my life, and absolutely not my idea. I would happily keep it up for fifty years or die trying, but I appreciate that to my loved ones it doesn’t exactly read as much of an epitaph. And I can’t deny there have been days where I wish I didn’t have to do the run, although as I say I’ve never come back from one wishing I hadn’t. It’s made me appreciate the joy of running for running’s sake; it’s also left me panicking so much about the prospect of a single day not running after only one year as to provide clear proof (if proof were needed) that mine is not a personality that needs encouragement towards excess.

I think now that it’s time for me to concentrate on the quality of the running, as much as the quantity. The one mile runs were becoming such a drag – I’d barely have warmed up before loosening the laces on my shoes again. I’ve learned to listen to my body more; the flipside is, now I know that it’s telling me to give it a bit of a break, that the niggles that used to pop up and go away when they were told again aren’t being fobbed off so easily. Next year’s challenge is not so quantifiable or discrete; I simply want to be able to take the lessons I learned this year and put them to good use. Rest, focused training, more enjoyment and appreciation, a few more marathons towards my 100 Club goal, bag a few PBs. And this year I’m going to finish that fucking NDW100 on my hands and knees if I have to.

The long and the short of it is, if I can run a mile a day for a year, so can you. Happy New Year all you shufflers, striders, chasers, midpackers, sprinters, plodders and Sunday morning joggers. Love your run and love yourself. 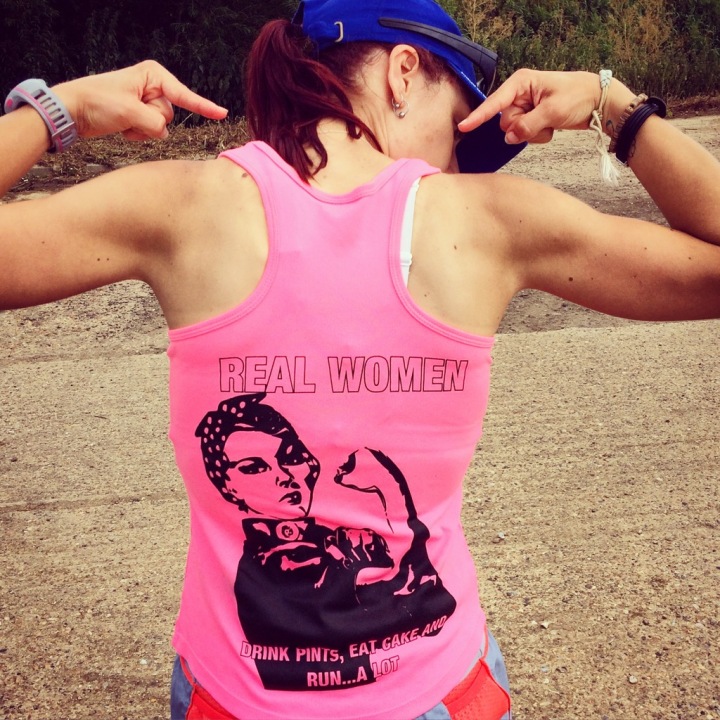 Enough waffle; here are the stats.